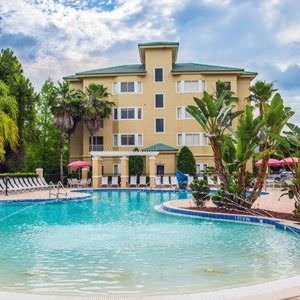 Owners of Silver Lake Resort timeshares often find themselves trapped in infinite contracts with rapidly increasing maintenance fees which ultimately stems from a mis-sold timeshare contract. Over recent years there have been a number of ground-breaking rulings regarding mis-sold timeshares by many timeshare groups and resorts which have resulted in refunds and compensation. Many owners of Silver Lake Resort timeshare contracts are entitled to, or have already made claims.

There has been a huge increase in timeshare release enquiries and complaints from customers with Silver Lake Resort timeshares.

If you believe you had a Silver Lake Resort timeshare contract mis-sold to you or you wish to be released from your timeshare contract, please contact one of our experts at Mercantile Claims or fill in the form below.

Management Tried to get over every step of the way

The furniture is cheap and delicate..

One minute we had housekeeping and when we requested, we didn’t have any more without providing proof.

Let Us Help You With Your Silver Lake Resort Timeshare Today!

Our team here at Mercantile Claims are always on hand to help you with any issues, concerns or questions you have regarding your timeshare contract. Below is feedback and reviews received from owners and guests at Silver Lake Resort. If you have a more specific question please contact our team of experts and we will respond with an answer as soon as possible.

We had booked a two bedroom condo.

Upon arrival, we found out that we had a one bedroom condo & a hotel room. Not what we wanted. In addition, our accommodations were REALLY dated (and smelled like cheap cleaning agents).

The beds were so uncomfortable that we didn’t sleep well one night.

The staff seemed really disinterested in the guests. Once we checked in, we were sent to guest services to pick up our parking pass – which is really a timeshare presentation promotion pitch.

Anna was friendly – and didn’t push it (which was nice). We did enjoy the hot tub – pool was nice too. Good wifi (which was really appreciated). We won’t be back…

My husband and I retired and used 4 weeks of timeshare to stay in Florida during February and March.

We stayed two weeks at Star Island and were absolute in love with the property then we moved to Silver Lake Resort just to try after reading the great reviews, boy were we disappointed!!!

A one bedroom that sleeps 4 is really a studio (very spacious at star island).

We booked through RCI so when we complained we had to take it up with RCI. In addition, the tiny space smelled like mould, the fan in the bedroom didn’t work ( even after a work order was placed), had to replace the coffee pot because the lip was broken, the bed made so much noise just getting in and out it was embarrassing (mattress was awful), we could hear the TV in the room beside and above us, and they used extension cords in the bedroom to plug in lamps because there were not enough receptacles ( would this pass code?)

We went to the sales presentation and complained to our presenter Bob and his comment was you should see the ones in building 100 (we were in 500). Between him and his “Boss” they pretty much called us stupid because we didn’t want to buy what they were selling.

Bob would upgrade us if we spent $8900 for his program. Really!! I already paid to get the rathole room.

The girls at the front desk were as accommodating as possible but nothing could be done. We can’t wait to move out of here!

My husband and I decided to book a 1 bedroom unit with timeshare presentation to save a little cash.

They put us in an outdated room with the worst bed!! No comfort at all! Even the pillows were horrible!! The only good thing about the room was the balcony and jacuzzi tub. The t.v in the living room was old..no flat screen!

The bedroom had a tiny flat screen and the volume didn’t work!! When we went to the timeshare presentation and told the guy how unhappy we were with the room he said: “well if you were owners you would get a nicer room!!”

If you are going to try and sell something, don’t put potential owners in crappy rooms!!! Of course, we didn’t buy anything and the guy was visibly upset that we didn’t buy from him! Safe to say, we will not be returning!!

Silver Lake simply has little to offer the vacationer.

Rooms are so so and I got one without a dishwasher which matters as I have an allergy to detergents.

SL would NOT help me. Supposed to get a mid-week cleaning but no one came. MEN: no barbeque unless you use charcoal on a BBQ that is hard to figure out how to work.

My room was close to the A/C bank of units so it sounded like a jet engine.