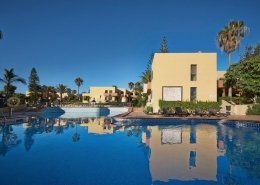 All the staff could use a little training in how to speak to customers like they aren’t just some annoyance. They were almost all rude and dismissive. Overall it was a fairly unpleasant experience we tried to make the best of. 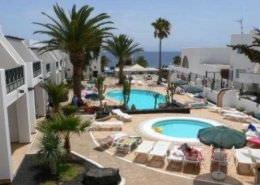 VERY DISAPPOINTING STAY. Where do I start? I’ve been going to Canary islands for years. Stayed in loads of apartments and hotels but Flamingo Beach Mate hotel was the first hotel which I couldn’t wait to leave. 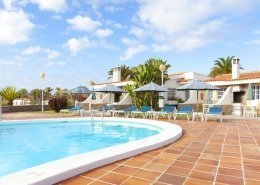 The room itself was unbelievable run down, ground in dirt obvious everywhere and the bathroom was an utter disgrace. Never any hot water, and when there was it only lasted a few minutes. It was ship shower rules for all. (2 minutes and that's your lot) 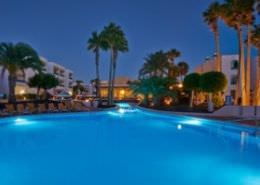 The room itself was unbelievable run down, ground in dirt obvious everywhere and the bathroom was an utter disgrace. Never any hot water, and when there was it only lasted a few minutes. It was ship shower rules for all. (2 minutes and that's your lot)

Below you will see some reviews and comments from Grand Holidays Club customers. If you have similar experiences and want rid of your timeshare agreement with Grand Holidays Club, contact us via the compensation calculator or complete the contact form.

Just got back from this resort, had a one week stay, in apartment 214, this is supposed to be the upgraded rooms through grand holidays club, no air conditioning drains smelled terrible, even with leaving the plugs in!

The only difference between these and the standard is , a tv in the bedroom , which is useless as only 3 English channels 2 of which are news, and the picture is fuzzy.

The hotel charges you for everything from wifi , to the gym , if you really want to stay at this resort book a standard room through the internet they are a £100 a week cheaper than the smelly upgrades .

Also stay away from the grand holiday club reps ! this is 100% a con!!!! I’ve stayed in better 2* accommodation

We have just returned from a very relaxing holiday in Costa Adeja Teneriffe and would like to make people aware of the scam that is going on. Two people stopped us and presented us with cards to open having foolishly agreed we were told we had won a bottle of wine and a free holiday or iPad.

Not usually taken in by things like this we agreed to go along and speak to a rep at the Los Flamingo at Colon Beach. We only agreed to this as we are currently looking to buy a property in Spain but were told not to mention this.

After a half hour, I asked if they could tell us what the price would be to join the Grand Holiday Club only to be told they legally had to explain the whole plan, this went on for another half hour by which time I was getting annoyed but still they would not give me a definitive answer.

Eventually, the sales manager approached [Chris} on telling him to know we were about to leave he told me that for the first three years it would cost us £3375 plus the £84 per annum fee. I thanked him and told him we would think about it, at this point he started the hard sell telling us it was only on offer today. I explained that we only brought enough money for our holiday when he started asking how quickly we could get the money transferred and being very very pushy, it was then we decided to leave. Please be aware that this is a glorified timeshare with aggressive sales tactics, if approached by these touts please stay well away.

One of the worst time share exchange we had in ages

This resort was taken over by Grand Holidays 4 yrs ago and they are interested in selling you holiday club package!

Customer service is rubbish and you explain to a rep how rubbish our apartment was he says he will go and speak to his manager and you hear nothing! It was a dated apartment on the first floor overlooking the bar area where loud music and constant selling, smoking and selling went on especially in the morning. The only good thing about was it was sunny from 11 o’clock until the sun went down, but you did not get an umbrella with the patio furniture.

The apartments are badly equipped, no oven, smallest microwave we have ever seen with no equipment to use with it no wonder it was so new looking!

Only one plug in the kitchen, the 2 ring hob could not accommodate using 2 pans at the same time, no wooden spatula for the non-stick frying pan so it was scratched! Very old basic crockery for 4 people no egg cups, mugs.tall glasses, jug, grater etc.

We had to go out and buy some things to be able to self cater! There are no ceiling fans, so you have to leave the window and patio door open which means you get bitten even if you are using plugin and spray!

We had to get our Exchange company involved to get moved, but it took 4 days out of our long-awaited rest to get sorted! Even when they gave us another apartment it took them another day to clean it, as the cleaning service is unpredictable!

The next apartment was a refurbished one, but still, no ceiling fans and the kitchen was just the same and poorly equipped. I had to ask for a dustpan and brush and a mop, so I could clean myself. The bed linen has holes and stains on.

The only good thing I could say is the maintenance team work very hard and response to reporting an issue was good.

The pool area is nice but not enough sunbeds and shade and the weekends get busy as the local Spanish people came and use it as you can walk in off the street to the resort and there is no security.

The bar area is not overused the menu they have, half of it is unavailable and expensive for what it is. We never tried the twice-weekly BBQ as it started at 7 o’clock, which is early in the summertime.

We walked along the beaches to the old town and harbour area where there is a good selection of restaurants and free entertainment going on. We were also there when they had the festival Del Carmen which went on for over 2 weeks and no info was given in the welcome letter.

Beware when booking in you are charged unity fees.pay for wifi and safe. The safe was the smallest we have ever seen, only good for docs and money. So if you have an SLR camera and full-size IPad you will not get them in!

There is a very nice shopping centre next door with a decent supermarket and nice cafés and restaurant in the open space in the centre, which better than the bar area in the resort.

Twice a week there an arts and craft markets and you get a Spanish band playing, much better than the awful market it is held twice a week near the water park.
You can get a bus near the resort to get out to the dune area beaches and they run every half hour in the mornings and late afternoon, otherwise, it’s hourly.

If you want to go further afield you can but the hub for all connections is from the bus stations in the capital, which is not worth visiting.

I will never return to the island after one of the worse holidays in years.

If you want cheap I’m sure the tour company can offer you it , but when you own gold crown timeshare then do avoid as this resort will treat you very badly!

Looks good but you get fleeced

My wife and I have bought holiday time at this resort when we tried to book two weeks consecutive they told us that this was NOT possible.

We have given them 9 months notice.

Do not buy any weeks holiday with Grand Holidays who run the scheme, they tried to fob us off with 2 weeks in separate complexes which are about 20 miles apart.

They refuse to deal with any complaints you have and the directors of the company will not contact you face to face. Be very careful if you are thinking of booking with them, get everything written down with what they promise you.

We are not only angry with how we have been treated but also upset with the lack of sympathy they have with their CUSTOMERS.

The last time we were there we made the mistake of talking too one of these scratchcard toutes and ended up at the flamingo club sitting through the sales pitch and I have to say, they sell it well

They showed us these stunning rooms etc.

All we needed was the fights so we booked our first week and arrived got room 612.  I have to say it was not what we were expecting no airconditioning, very dated and ants coming out of sink when you turned water on.

We said no, we would see him when we came back in February for my 50th birthday.  My family were coming with us so he said that was great and he would get us a top class room I should have known this was more crap!!!

We came home and tried to book it only to be told there was nothing available and we could stay at some hotel at the airport with a golf course .we have been ripped off. told a pack of lies .as they say if it’s too good to be true it usually is

These people are despicable I have been back for my birthday and stayed at the torviscas playa top class. Staff very friendly and honest.

My wife won’t let me go into see the lovely salesman as I would end up in jail.