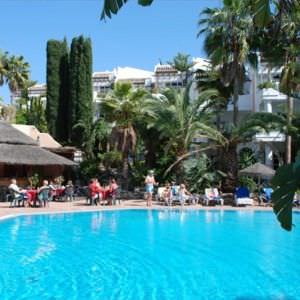 Owners of Matchroom Country Club timeshares often find themselves trapped in infinite contracts with rapidly increasing maintenance fees which ultimately stems from a mis-sold timeshare contract. Over recent years there have been a number of ground-breaking rulings regarding mis-sold timeshares by many timeshare groups and resorts which have resulted in refunds and compensation. Many owners of Matchroom Country Club timeshare contracts are entitled to, or have already made claims.

There has been a huge increase in customers asking “How do I get out of my timeshare contract?”

If you believe you had a Matchroom Country Club timeshare contract mis-sold to you or you wish to arrange a timeshare release, please contact one of our legal experts at Mercantile Claims or fill in the form below.

We can help you cancel your Matchroom Country Club Agreement Legally. Contact us Now to see if you qualify!

We were enjoying a day trip to Fuengirola when stopped by a man and a woman (one English) they tricked us by saying it was a survey for the town hall so we answered the questions the.

Given a scratch card each and we each won a prize one a free holiday, we were told that to claim prize we would be put in a paid taxi to the Matchroom resort, which we ended up going even though they assured us there was no catch….yeah right, should have listened to my instinct. We were told we would be asked to take a look around then tell them what we thought of the resort….with NO Catch, we were told it would take 90 mins. We were there for 3 hours.

On the service the place is nice but on closer inspection it is needing updating with very dated decor and the toilets used in the bar area are far from 5 star luxury ( wish I had taken photos) we spent majority of the time with a lovely lady called Sarah who was just doing her job and she was lovely, at the end we were introduced to the sales manager ” what a horrible rude man he is” he actually slammed the door behind him and when my husband and I refused the prizes he got more cross and told my husband to go wait on the street for our taxi, which made my husband very angry! I got him to walk away.

That man, Yan, uses bullying tactics to get you to hand over £4000 then and there and then seems confused when you say No. And actually pushed for reasons why not! Please please don’t fall for this x

We stayed here for the week we own.

Still, no walk in showers didn’t see any activities.

As for internet in apartment cost really extortionate.

Also a lot of sales people around not appearing to do much.

The general state of the apartment not what we would except considering the maintenance charge.

Not what it is claimed to be

Heritage is a time share resort and we did an exchange through RCI. It is listed as a Gold Crown but I have never seen a resort so mis-rated. The resort is older and the rooms are very small. I enquired if they had made a mistake with our room and the staff became somewhat defensive. After talking to a couple of staff members I got the impression I was not the first to query or complain. We had a one bedroom unit and when we arrived the bedroom (that could only fit one double bed–not queen) was sweltering. We turned on the air con in the lounge but it was too small and it simply would not cool the bedroom. They brought us a pedestal fan which helped circulate the air but the bedroom was still much warmer.

The general manager met with us but made some really daft comments about why we would want to sleep with the air con. He then suggested we were Americans (who always complain due to the higher standards of resorts they are used to, particularly in the Caribbean), but I pointed out we were Australians and very much used to heat. The temperature in our bedroom was ridiculous. Wifi charges were outrageous.

The location was ok. We wanted to be back from the madness of the beaches, and the resort is located on 36 holes of golf. But the resort is small and old. The underground ‘car park’ is a joke though. It is practically not navigable once down there. Food was of average and very much Western fare. The staff were ok and in short trying to make the best of a bad job with this resort. BTW to make things worse, we had ants in the kitchen. The solution was to give us a can of fly spray. A day later in the lounge both our wife and I discovered ants crawling on us. See our photos and particularly the grime under the fridge. I would not go back to this resort. There has to be better in Spain and shame on RCI for giving it a Gold Crown standard. BTW just a heads up. It is a three story resort and there are no lifts.

BE WARNED!!! The beauty is deceiving.

The beauty of this resort is among the top we have been too in 30 years of travelling.

IT IS MAGNIFICENT. Do not be deceived by the beauty of this resort.

We were robbed while we slept. As stated in the March 2013 review, they come into the room, quickly go through the stuff and took credit cards and cash. Unlike the persons who had everything taken, they did not bother with our phones, laptops, camera, or passports. We had NICE ROBBERS. We don’t keep much cash in our wallets so they did not completely ruin our holiday. They quickly use the cards and purchase via the internet.

More ghastly was the nonchalant attitude. Comments such as “This happens in Spain.” “They are very thorough and quite agile.” We were on the third floor – 2nd in Europe. I have no clue how they could have scaled the building.

Actually, believe they came through the slider or the front door with access. The day after this happened, we had gone out and secured every door and window. We returned to find the slider unlocked. The maid had been in the room to change the linens. Why would she need to go to the terrace? There was nothing she needed to do out on the terrace. Coincidence? You decide. We had locked up everything.

Robbed in our unit while sleeping

Two weeks ago, on March 9, 2013, after a long flight from the United States, my husband and I and two friends checked into the Matchroom Country Club impressed and excited to be visiting Spain and looking forward to an amazing week. We had no idea we were walking into an unsafe, unsecured, frightening place.

Unit 51, a top floor penthouse, looked cosy and comfortable enough – a 2 bedroom, 2 bath unit with a balcony leading up to a rooftop deck. We found the safe in the bedroom closet and quickly stowed our passports and other valuables. During the day, everything was locked up. But during the night, we had no idea strangers would enter our room.

We checked in on a Saturday night, and Wednesday morning we realized we had been robbed during the night while we were sleeping. Tuesday night we went to bed with all the doors locked (the front door has a keycard), including the door out to the balcony, which can only be locked and unlocked from the inside with a key. Wednesday morning we discovered that our belongings in the living room were gone. My Canon EOS Rebel T1i DSLR digital camera was taken, along with cash out of my wallet. My friend’s credit cards and cash were gone, along with her allergy meds, and her husband’s entire wallet was taken. They carefully went through our bags, took everything of value, then zipped up our wallets, placed them back in our bags and carefully closed them.

We rushed straight down to talk to the manager, Helen. Helen questioned why our personal belongings were not put in the safe while were sleeping, which we were never told to do upon check-in. She told us the thieves were professional and offered us the phone to call the police station, then sent us on our way.

We spent an hour at the Fuengirola police station, which was kind to us, but not pressed to investigate the case. They did generate a police report, and a very nice, British retiree was in the station to help translate and read the document to us. Without his help and direction, we would have struggled with this process. Thank you kindly, sir.

The manager at Matchroom took a copy of the police report and offered us a different room, which we declined because at that point we had nothing of value and were almost inviting the punks to come back and try it again. We requested no one, absolutely no one, be allowed into our room. The next day while we were gone, we had physical evidence (we purposely arranged items, and found they had been moved) that someone had again been in our unit. The manager said it was the police coming to dust for fingerprints and they were there for 5-10 minutes, and she did not accompany them. We did not see black fingerprint dust and how thorough could they have been in 5 minutes?

After 3 more nights sleeping with one eye open, the night before leaving we asked what the manager could do for us to help make this horrible situation better. She said there was nothing. And then we were gone.

What has happened to treating guests like they matter? We felt violated and unsafe at night. The best part of being there was not being there. We were not offered a free stay, not even a free meal. We are convinced our room was entered using a key card. I am trying to contact Heritage Resorts now to follow up with them, as key card entry is recorded in a computer system, and I would like to see that report.

We feel sad, violated and ruined. Spain was beautiful, but I would never wish this upon anyone. We worked so hard, saved up so much, to take this trip.