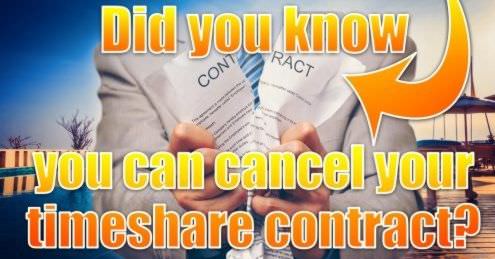 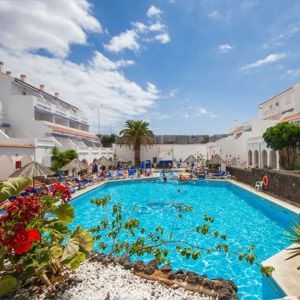 Owners of Los Claveles timeshares often find themselves trapped in infinite contracts with rapidly increasing maintenance fees which ultimately stems from a mis-sold timeshare contract. Over recent years there have been a number of ground-breaking rulings regarding mis-sold timeshares by many timeshare groups and resorts which have resulted in refunds and compensation. Many owners of Los Claveles timeshare contracts are entitled to, or have already made claims.

There has been a huge increase in timeshare release enquiries and complaints from customers with Los Claveles timeshares.

If you believe you had a Los Claveles timeshare contract mis-sold to you or you wish to be released from your timeshare contract, please contact one of our experts at Mercantile Claims or fill in the form below.

We can help you cancel your Los Claveles Agreement Legally. Contact us Now to see if you qualify!

Los Claveles is a lovely quiet oasis on the outskirts of Los Cristianos.

I have stayed there on several occasions, always been an excellent experience.

I have never had a bad word to say about the resort, until now.

It would seem the resort has been aggressively take over by Ona Group. The resort manager and reception staff have all been sacked and people are being turned away from the resort. There is a bitter dispute between the timeshare owners and the new management.

Really quite intimidating, and certainly not what is wanted for a holiday.

I will start with the positives

On entering the one bed apartment straight away you notice how small and dated this is, the problem obviously is getting the timeshare owners to agree to a well overdue refurbishment. This one bed would be crowded with more than two staying in it.

Upstairs to the bedroom and broken tiles on the stair and into another dated room with Swan towels on the bed (how dated is that look?). I immediately noticed the horrendous bedside lights which summed up the whole look of the apartment (see photo). On going into the bathroom it had a door on it that looked like it belonged in a dog kennel

Given passcode for non-existent Wi-Fi (which is advertised as available) I note from other reviews that this has been the situation for over a year. If Wi-Fi is advertised it should be available, how come pubs etc can provide it no bother? Wifi is an essential part of our holiday and we use it to plan our next days activities. We had to go to a nearby pub and it is not the same as having it in our apartment or even complex would have been better.

On the Monday the building works started at an adjacent building site, again no warning of this work being ongoing. Be warned it will be ongoing for a while as still working on the shell of the building.

That was the last straw. Sent a email to Wimpen the company that rented the apartment to us complaining about the above. This was followed by someone coming into the apartment not saying anything and exchanging the horrible bedside lamps and leaving. Then another visit checking something, nothing said but found out he has been checking the bathroom door.

Then a visit from the Manager saying that they could take off the bathroom door and varnish it. We said he could leave it until we were away and get it done for the next person staying in the apartment. He explained that they were having difficulty with the Wi-Fi something to do with the telephone company and that the building works were outside their control. Yes I know that building works are outside their control but it should have been mentioned by the rental company.

On returning got in touch with the Wimpen again and was told that the email had been passed to the Director to reply, despite two emails there has been a deafening silence from the Director to my complaint. Customer service nil.

Another thing I noticed was that outside the Sales Office is a car park and it is scattered with litter, surely not too much for the sales man to do to pick it up and tidy the area, another bad impression of this resort.

The complex as a whole is cramped with a smallish swimming pool and even smaller area for sunbeds, meaning that you are lying up against other guests.

Would never recommend this resort

Quiet and peaceful but dated

This timeshare apartment suited us perfectly. It was clean and spacious, for two people, and the staff were friendly and helpful but we did not use many of the facilities.

The apartment furnishings were dated but adequate but our biggest issue was that there was no WiFi so we had to go elsewhere to get access so we tended to eat and drink other than onsite.

Just OK. You can do a lot better for the price.

I have a feeling that most of the 5/5 reviews are from the owners of timeshares at this place. We are currently 5 nights into our 7 night stay at these apartments and can honestly say that they are ok. Nothing more, nothing less.

The apartment we have (number 73) has a balcony – but it has no view, apart from 15 other apartments overlooking it. The sun hits the balcony at about 9.30 am until 3.00 pm – not bad, but no privacy whatsoever.

Other apartments may be better, but ours is certainly not what we expected from the description on the Wimpen website.

Would we return? Probably not – there are many comparable (or better) apartments available in this resort for a similar price that are in a much better location.

Certainly not 4 star in any way.

Just come come back from Los Clavales after 2 weeks

It’s an exellent place to stay we had a lovely one bedroom apartment we stayed at no 19 we had a large balcony overlooking the pool everything was spotlessly clean around the complex and in the apartment we even had a washing machine which was great, nice little snack bar by the pool serving nice food.

The staff were friendly and helpful nothing to much trouble for them no pressure from anybody not like some of the timeshares you go to, thankyou to all at los clavales for giving us such a lovely holiday