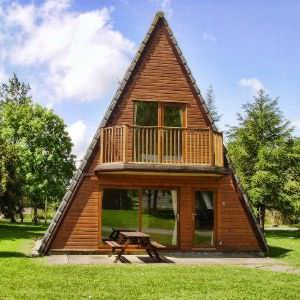 Owners of Lakeview Country Club timeshares often find themselves trapped in infinite contracts with rapidly increasing maintenance fees which ultimately stems from a mis-sold timeshare contract. Over recent years there have been a number of ground-breaking rulings regarding mis-sold timeshares by many timeshare groups and resorts which have resulted in refunds and compensation. Many owners of Lakeview Country Club timeshare contracts are entitled to, or have already made claims.

There has been a huge increase in timeshare release enquiries and complaints from customers with Lakeview Country Club timeshares.

If you believe you had a Lakeview Country Club timeshare contract mis-sold to you or you wish to be released from your timeshare contract, please contact one of our experts at Mercantile Claims or fill in the form below.

We can help you cancel your Lakeview Country Club Agreement Legally. Contact us Now to see if you qualify!

After a fantastic swim, we were less than impressed with the bar and food service we received. My parents who came to watch the family swim ordered 2 hit chocolates and after a short wait was approached and told “sorry we don’t have any milk, we will bring them over as soon as it gets here”, a good start. After our swim, I ordered a bowl of cheesy chips for my daughter which came quickly but the chips were slightly undercooked and with a mound of cheese on top. No cutlery, no napkins and no offer of condiments. I then went to the bar and ordered 2 half pints of coke at which point the barman got 2 16oz glasses and I said that I wanted half pints and was told that’s what we do for half pints so I told him I would just take one to share. And then to top the disappointment to have him swear when the coke had run out was awful. As someone who works in hospitality, I think Lakeview catering team need to do a lot of improvement!

Good points? Well the lodge is a good size and the bedrooms and bathrooms were actually nice with comfy beds and lots of nice white towels – however there was one hideous moment I found someone else’s dirty flannel in one the bathroom cupboards

We stayed for three nights as a family in half term.

Initially, I was a little concerned about Lakeview country club, after reading previous reviews but it wasn’t all that bad. We had chalet no 3, which had everything we needed, well-equipped kitchen, nice lounge area, pleasant bedrooms with very comfy beds, in which we slept well in, a bathroom for the children downstairs and another upstairs which had a large shower and a Jacuzzi bath, which went down very well.

We used the swimming pool a couple of times which was not huge but adequate, we actually had it to ourselves for a good twenty minutes, which was lush. We weren’t overall impressed with the restaurant, as they didn’t have what we requested from the menu, although the staff were polite they were a little unprofessional, could do with some extra training. Chips were good though!

All in all ,we had a pleasant stay, it isn’t luxury by any means but did the job. Thanks.

We booked a two bedroom lodge at Lakeview which we found to be clean, comfortable and well equipped. We were however disappointed to find that the golf course was run down and virtually unplayable and the site was muddy and messy following work that has been done on the main lake. The swimming pool was fine but the changing rooms were tatty with no lockers. This could be a great holiday park but seems poorly managed and neglected.

Definately not a bargain break!

My husband and I bought a Travel Zoo voucher for a two-night stay at Lakeview and arrived on Thursday 5th of March. The state of the drive to reception, potholes and a large puddle did not give a good first impression of the resort. We were greeted at reception and given details of our hotel room and the facilities on offer, we had bought this offer for the golf facilities but were told that there was no Pitch and Putt and that the nine-hole course was only eight holes. The receptionist then told us that we could drive and park at the hotel and gave us our room key number 8 the Garden Room.

On arriving at the hotel we were surprised that there was no one there to show us to our room, we carried our cases up the stairs looking for number eight but then had to carry them down another flight of stairs to get to it! The room was very well decorated and furnished.

However there were several things which caused concern; there was no fire escape, or assembly point instructions in the room, the rugs on the polished floor were extremely slippery and were a hazard, the French door would not lock and, although we were not able to open it, it could be forced open from either inside or outside, there was an uncovered drain outside the door.

There was a safe in the room for valuables but this was not secured and, had we used it, could just have been picked up and taken away by a thief. There was no internet connection and the mobile reception was sporadic, also there was no direct telephone to call reception. We reported our concerns about the door and the Internet to reception but nothing was done. It was called The Garden Room, which was a joke as the garden was a muddy building site.

We decided to use the pool, but when we asked at reception for towels were told we had to use the ones from our room, we have never experienced this before, there were no lockers in the changing rooms which meant leaving our valuables and the room key in an unsecured area which was open to the public, there was even a disclaimer notice on the wall! We enjoyed our swim but were disappointed that the sauna was not working ( one of the regular members said it had never worked).
We went for a look at the golf facilities, the putting practice area was in a terrible condition, quite unusable and whilst the driving range looked good there were no balls available as the machine has obviously not been used for some time, we asked at reception and were told that we had to get balls from them, there was no notice to that effect on the driving range.

We had booked into the Brasserie for dinner, (which was unnecessary as we were the only ones in there). The menu was very disappointing, the Chefs Specials, which are described on the website, were non-existent. It was dark when we returned to our room but there was no lighting on the driveway from the main drive to the hotel.

The following morning we decided to check out as the whole experience was very disappointing, the resort does not live up the website, and gives no indication that it is essentially a building site and will be for some time, giving guests a letter on arrival apologising for the disruption does not mitigate the fact that the resort is still undergoing major construction. We booked into another hotel and spent the remainder of our break in more acceptable surroundings.