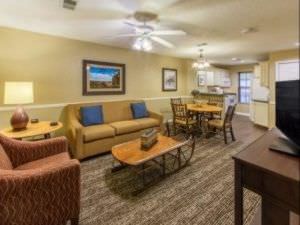 Owners of Holiday Inn Club Vacations timeshares often find themselves trapped in infinite contracts with rapidly increasing maintenance fees which ultimately stems from a mis-sold timeshare contract. Over recent years there have been a number of ground-breaking rulings regarding mis-sold timeshares by many timeshare groups and resorts which have resulted in refunds and compensation. Many owners of Holiday Inn Club Vacations timeshare contracts are entitled to, or have already made claims.

There has been a huge increase in timeshare termination enquiries and complaints from customers with Holiday Inn timeshares.

If you believe you had a Holiday Inn Club Vacations timeshare contract mis-sold to you or you wish to terminate your timeshare scheme, please contact one of our experts at Mercantile Claims or fill in the form below.

We can help you terminate your timeshare Agreement Legally. Contact us Now to see if you qualify!

My family purchased a timeshare through Silverleaf Resorts Oak N’ Spruce property over 10 years ago. It was a very poor investment.

I was astonished during my stay that 1/2 the units aren’t renovated and didn’t even have Wi-fi.

I was told this has been a promised amenity for years but something keeps preventing it from actually being implemented. I called to confirm my week last night and add a person to the reservation and got the green light.

Then was told today that no record of a reservation was made for my week and since I didn’t call to reserve it weeks ago it was forfeited. It’s an endless web of customer service calls and at the point now where Jim Strahan of Silverleaf’s Risk Management/ Legal department is the only person I can contact. His number is:(214) 775-4317.

I’m pretty disgusted with the business practices of this apparent Ponzi Scheme and encourage others to reach out to the MA Attorney General or send a 93a Demand Letter to the corporate office.

I was hopeful the Holiday Inn/Orange Group would filter out the deadweight loss of this organization but unless you’re on a tour they won’t offer you any support. It’s a shame because it has the potential to be a nice 4 season retreat for Massachusetts residents.

I’m happy to speak to anyone else having issues getting what they were promised by Silverleaf.

We’re owners in Florida and wanted a close getaway.

It smells as soon as you walk into the units. It is very outdated.

Carpets are old and could possibly have fleas.

I swear I was being bit. It didn’t look like they cleaned anything but the toilet and tube. It was more of like a Motel then a condo.

Here are a few pics to show what it looked like….def will NOT be returning!

Great location but not kept up well

Great location–right near so many things to do plus great walks nearby. Also, nice pool and activity room. When it comes to the condos themselves…dark, not renovated, so much is off from the problems with showers to limited space to poor maintenance. Try any of the other Berkshire timeshares and condos for much nicer and better-kept rooms. Go here for location convenience.

I don’t write many reviews, but I’m so disappointed by what we have experienced here in the first 16 hours of our stay.

First, a little background. I am a Silverleaf / Orange Lake – Holiday Inn Club owner. Before the acquisition of Silverleaf by HICV, I owned 3 weeks with Silverleaf (I know, what a waste of money). Since the acquisition, I was ruthlessly hounded (several phone calls a day) to come out to Oak N Spruce to see the “exciting” changes and what they meant for Silverleaf owners. What the changes meant was that even though I already spent plenty of money on my original timeshares, I was going to have to buy again in order to get the HICV perks, or I could stay just within Silverleaf and try to deal with ever diminishing availability due to all of the new HICV owners. I “upgraded” into HICV with one of my weeks, and the other 2 remain with Silverleaf until the rebranding is done.

Before any of this occurred, I traded in my red week 2 bedroom unit to Silverleaf. When I searched for what was available, I found Oak N Spruce for 4th of July week. Since it is close to me and seemed like a nice easy vacation, I decided to go ahead with what I thought was a trade to another red week 2 bedroom unit.

When we arrived yesterday, we were assigned a 1 bedroom unit in what I thoroughly believe is their oldest building. Why? Because owners are apparently assigned the “best available” if they do an internal trade, and this is the only thing they had left. I had never heard of this when you traded in your assigned week, only when Bonus Time was used. They claimed to have tried to call me…once…on June 12th to tell me that I was assigned to a 1 bedroom. No missed calls on my phone, no voice mail, no proof. Plus, see the above comment about how I was harassed multiple times a day when they wanted me to buy. They only “tried” to call me once for this, for which they have no proof.

We are a couple travelling with 2 teenagers. We had also invited a couple more people to join us, since we were expecting a 2 bedroom with a pull out couch. We had to tell them not to come. The 1 bedroom unit has a pull out couch, but had a table in front of it that was so large you couldn’t open it. We had to have maintenance come remove it. The floors creak with every movement that someone makes. There is a soft spot in the bedroom floor, where I’m convinced I am going to fall through at some point this week. The smell is atrocious. The furnishings are completely outdated. And we discovered last night that the bathroom does not have a shower curtain. We are still waiting for housekeeping to bring us one on Day 2.

Our complaints have made no difference. In one breath we are told that they are completely booked, and in the other, we are told that the staff here don’t have access to see the full picture of the bookings. I honestly think it’s a corporate issue, but we can’t reach them until after the holiday weekend. We aren’t sure at this point if we will be cutting this vacation short.

I have stayed here previously. The Presidential units and 2 bedrooms aren’t too bad. They aren’t the most modern units, but they have worked for us. The resort is close to home, and its a nice easy getaway in a lovely area. We have also stayed in some of their unrenovated units. None have been this bad. I don’t expect perfection. But I would expect better treatment of their own owners, especially one that was considered “Diamond” level by Silverleaf at one point. The diamond level means nothing now, including no early check-in, no late checkout.

The moral of the story – if you are trading into this resort through RCI, you may end up with an ok room, simply because they are hoping you will buy with them. There are several pools, miniature golf and a game room for the kids. A lot of the amenities seem dated, but it’s a quaint fun spot in the Berkshires. For those looking to purchase or current owners, be forewarned that this company does not take care of their own. Once you spend that money, they really don’t care what hole they shove you in. For those who are the former Silverleaf owners, really watch out. You will feel like you are in the Twilight Zone.

Hello my fiancée and I went to a resort tour for a timeshare today in Lee Massachusetts and I have to say the service we received at the end was horrible he was nice up until we decided it wasn’t for us at this point in time he went and got the manager and his service was just as bad. …as well we were supposed to receive our $40 back for the tour and supposedly a free trip at the end of the session and when we decided not to do the timeshare they just walked away rudely and we received nothing not to mention we sat thru this two-hour session with our two-year-old son

A 90 minute presentation turned into over 3 hours during which I felt I couldn’t leave because I didn’t want to buy a $10,000 timeshare.

Stay as far away from Silver Leaf and their new partner Holiday Inn resorts as you can.

A shame to see a mainstream brand affiliate with this racquet.

Timeshare Not Worth Your Time!

I went for a 3 day weekend timeshare sales experience. Upon arrival, we were brought into a very large room with over 100 people being “sold”. It was extremely loud, AC blasting right on us, so we were all freezing. We were kept there for at least 3 hours with only coffee and sugary snacks offered while they tried to talk us into why we needed to buy a timeshare on the spot, part of the scam to get you to buy. The property was average after review. Our tour included seeing one townhouse which looked great when you walked in, but the furnishings and appliances are below average for most timeshares and you had to walk up two flights of stairs. Imagine coming and being in the 3rd floor and having to haul your luggage and groceries, oy! There was trash overflowing the barrels around the property and litter at the tennis courts and fields. It is not up to par for most timeshares and not worthy of exchange. the area is great and fun to explore – but id choose another resort or a hotel in town next time!