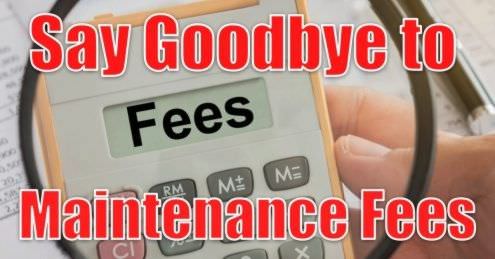 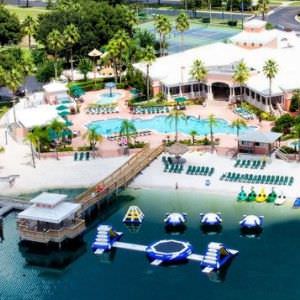 Owners of Exploria Resorts timeshares often find themselves trapped in infinite contracts with rapidly increasing maintenance fees which ultimately stems from a mis-sold timeshare contract. Over recent years there have been a number of ground-breaking rulings regarding mis-sold timeshares by many timeshare groups and resorts which have resulted in refunds and compensation. Many owners of Exploria Resorts timeshare contracts are entitled to, or have already made claims.

There has been a huge increase in timeshare release enquiries and complaints from customers with Exploria Resorts timeshares.

If you believe you had a Exploria Resorts timeshare contract mis-sold to you or you wish to be released from your timeshare contract, please contact one of our experts at Mercantile Claims or fill in the form below.

We have stayed at Summer Bay by Exploria Resorts this past week and each of the past two years for a week. The previous two years were great experiences. This year was not.

This was the first time visiting the Exploria Time Share and it was not as advertised (90 minutes), as it took over 180 minutes.

Whoever stayed above us was so load, at all hours of the night, it was hard to sleep.

We also encountered a 4 inch cockroach in our room and everything seemed subpar.

I surely will not recommend this business to anybody.

I was told I was gonna get a different gift over the phone if I go to a presentation, it turns out I did not get what I was promised initially. When I called to tell them what happened a customer representative told me a supervisor was gonna get back at me, which it never happened.

They never got back at me, I have to call more than 3 times for them to finally say that “I misunderstood the offer”. It is so unprofessional from your Exploria staff not to get a follow up on issues like this.I will not recommend them at all.

Not giving what they promise and not taking serious their customers who invested money on their company.

In addition, they try to push you to buy their properties making it so unconfortable and unprofessional.

Phoned 21st May. Said, won a holiday at Summer Bay Resort by Exploria. Also cruise, car hire, Daytonia Beach. Just needed to go to a 90 min talk.. Actually was for Crown Inn, on the grounds, at back for 6 nights. No other accom. provided. Sales pitch, wording in confirmation very misleading . – 7 days cooling off period. They took £730 out next morning ! Finally got back, with the support of Master card.

Checkin with Exploria was super stressful, made us late for my sons bday dinner, and kept us from going to our room before heading to dinner resulting in us getting into the room after midnight. When we finally got into the room, it wasn’t ready for us. Beds half made (or half stripped). Sheets piled up on floor and kitchen table. Bugs everywhere on walls, windows, & curtains. Had to be relocated to a second room. Got into that room around 1 A.M. Room two was better than room one. Bed was lumpy and drooping to one side.

The worst I have ever experienced

Everything was ok until tonight I realized that I needed to book another night at the resort so I was eager to pay my bill and get back to the last couple of days vacationing, but the front desk named Stella was the worst, of all time, she had a frown on her face and asked me if she could help me, and was very rude, all in all unfriendly demeanor, I asked nicely if I could speak to Kathalia who I have spoken with before, Stella would not have it, she is in an attack mode, she started yelling at me, then Kathalia came out and again I asked if Stella could leave me alone because all I want to do is pay for my reservation and be on my way.

Kathalia said she cannot have her leave so the both of them are aggrevated at me, telling me that I could leave at any time I want, Im still checked in for tonight but they would want me to leave?

They were both the worst costumer service people, they said that there were no manager on site, so I would have to deal with them both. They called the security because my husband could not believe what was happening and wanted to take the video of them, arguing with me, because Stella doesn’t believe that she is being rude. I was crying the whole time because I could not make sense of why this incident had happened to me?

All the reason I was needing to be at the frint desk is to pay, my reservation. I would not recommend this hotel, I will not be humiliated on my vacation that caused me so much stressed and do business at this resort hotel that is Exploria Resort. Two front desk representative teamed up and proceeded to escalate the situation by not letting me do what I need to do, pay and go. This truly was a heart breaking experience I would never forget Stella and Kathalia, they don’t know the value of their jobs. And they took their unprofessionalism to the next level.