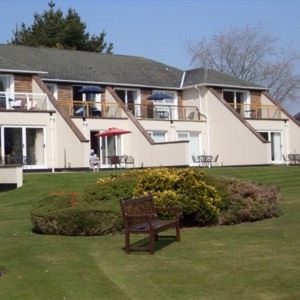 Owners of Macdonald Resorts Elmers Court Country Club timeshare often find themselves trapped in infinite contracts with rapidly increasing maintenance fees which ultimately stems from a mis-sold timeshare contract. Over recent years there have been a number of ground-breaking rulings regarding mis-sold timeshare by many timeshare groups and resorts which have resulted in refunds and compensation. Many owners of Elmers Court Country Club timeshare contracts are entitled to, or have already made claims.

There has been a huge increase in timeshare release enquires and complaints from customers with Elmers Court Country Club timeshare.

If you believe you had a Elmers Court Country Club timeshare contract mis-sold to you or you wish to be released from your timeshare scheme, please contact one of our experts at Mercantile Claims or fill in the form below.

Disappointing, didn’t even get through the door, snooty "members only" club

I purchased a monthly membership with payasugym and paid around £54 for this, it promised to include unlimited use of the pool and gym. After this purchase, I decided I would use the pool that night as I needed to relax after a long week and a day of sport. I was particularly looking forward to this after recently being very unwell and having only just recovered. I was hoping for a stress free experience – this was not to be.

I also invited my mother to come because she was interested in a membership at Elmer’s, therefore she wanted to ‘test the waters’ – if you’ll pardon the expression. So I paid up my full month’s membership online and I added an additional day pass for her, which I also paid. I had a confirmation and reference number and was instructed to show this at the reception. So, we drove the 7.6 miles there, I chose this health club despite the distance because I BELIEVED it to be very pleasant (I have visited in the past, but it seems to have gone downhill since). We had our swimming things ready and we were excited to try it out. When we got there however, we were very quickly disappointed when we were turned away! I was told by the member of staff on the reception that they were no longer accepting these memberships and therefore, we would have to pay £15 each for a swim if we wanted to enter.

He explained that they had terminated their agreement with payasugym and that they had informed this third party company about this before. He also said that many people had attempted to go with this membership. He said that the health club is now a “members only” club. He wasn’t unpleasant and he was apologetic, however, I do feel that this is a snooty, pretentious club – when it isn’t actually that great. I’ve been to health clubs that exceed the standards of Elmer’s Court, so I don’t think they can afford to be this way.

Also, he told us that it probably wasn’t worth paying £15 each to go for a swim there because it was busy… there were lots of children in the reception and the noise levels were out of control. Which begs the question; what is so special about this “members only” club? So… we drove the 7.6 miles back home, feeling disappointment, deflated and unfairly treated. My mother and I have certainly been put off becoming members here and we will be communicating this to our family and friends.

My points here being; – Yes, it could have been an error of the third party “payasugym”, however, if Elmer’s court knew that the company hadn’t terminated the agreement and continued to send people to them, why did they not take further action? –

Why could they not take ownership of this mistake and allow us to swim as we had travelled all this way in good faith? –

Why are Elmer’s Court not concerned about the amount of people who have been inconvenienced and turned away? They are affiliated with this third party company and previously had the partnership with them. –

Why is Elmer’s Court only a member’s only club unless you pay £15 each to get in? – Why did they ever agree to partner with payasugym in the first place if they were too fussy to let non-members in their so called “members-only club”. –

Why were potential future club members (like ourselves) treated as though we weren’t good enough? The staff member didn’t even offer us the club member options. Perhaps he assumed we weren’t able to afford it? – he moved swiftly on to the next customer. –

They claim to be aware of the problem, yet they allow people to be conned out of £54 p/m under their name. – But then again, we are not important because were aren’t “club members”

The whole experience made me feel quite unwell. I’m considering informing The Echo/ Lymington Times to prevent others from being conned in such a way by these two bad companies.

We can help you cancel your Timeshare Agreement Legally. Contact us Now to see if you qualify!

My sister and I took the day off work and decided to try the leisure facilities. I can honestly say I was shocked at the state of the facilities. Building work was taking place in the ladies changing room so ladies used the men’s changing rooms.

Few lockers worked, wet tissues on the floor that didn’t look like it had properly cleaned for months. No bags for costumes, no toilet paper, costume dryer out of action, the showers also needed a good clean with lines of dirt coming out of the grouting lines and hair all over the floor. Something brown and disgusting looking on the radiator and this is all before we left the changing room.

The pool was cold and the sauna was out of order. (The steam room seemed fine) Large clumps of hair were floating in the pool and some even stuck on the wall. The gym itself had everything we needed but there was no staff to check that machines were used correctly. Every member we spoke to complained about the state of the facilities today and when we left there was no one to complain to. I definitely won’t be getting a membership at Elmers Court but would welcome their comments on our experience.

Hugely disappointing. Hotel nothing like website picture. Very tired and in need of a good spring clean and refurbishment. Skeleton staff. Bedrooms in some modern makeshift building next to Manor of poor quality, tiny showers that an adult could not fit into, polyester sheets thin walls and poor heating. On checkout guests were queuing up with complaints. Very expensive disappointing stay.

We attended Elmers court as a group of girls for a friends 30th, for a chill out day in the Spa and afternoon tea we travelled a long way in terrible traffic.

On arrival, it looked amazing but it slowly went downhill from there

We were unable to pre book in for a spa day as no availability but we’re told we could arrive on the day pay £15 and use the Spa On arrival to the SPA we were met by a guy on reception who really didn’t enjoy his job and made the booking in process very uncomfortable.

Unlike other spa’s we were told no drinks were allowed, one towel per person and we had to beg for robes and slippers It was clear we were an inconvenience! At this point I shall stop using the term SPA this is not a SPA it’s more like a small time leisure centre with horrible dirty changing rooms a below average pool that had so much chlorine in we couldn’t swim for more than 20mins.

The steam room was fine the sauna had no lighting! One of 3 showers had hot water! Am so glad there was no availability for the more expensive spa day, the £15 we paid was too much! A very expensive swim !!!

The steak bar – we got a drink from here, again no friendly service we ordered 5 glasses of prosecco paid and then she disappeared after some time arrived with all different sized glasses and informed us as that was all they had as they had a wedding!

We booked for afternoon tea at £19 per person we were shown to our table which was nice, but then waited ages eventually we were served and the waitress was the first person who smiled at us.

We asked for a jug of Pimms to which we were told we would have to walk all the way across the resort back to the bar, as the bar in the Manor House was closed, however when we asked if she would be able to get it for us she did agree

Then arrived the food one 3 tier stack of food for 5 adults at a total cost of £100 They could have only used 4 slices of bread in total, and not enough for one of each item per person which is pretty much standard with afternoon tea!

The food itself on the plates looked untidy and rushed. Having been to so many afternoon teas at varying costs this is by far the worst I have seen!

We questioned our waitress as to whether a second stand would come out at which point she became defensive and was adamant this was the correct amount, we were not happy and asked to speak to the manager

We heard our waitress tell the manager “they are moaning ” The manager asked what was wrong we explained and he said he would organise some more food, however, at this point, we had had enough!

We informed reception and left! Rude staff, rubbish facilities and overpriced food ruined what should have been a lovely day !! I really wouldn’t bother!

Ensure guest can use toilet have hot water and hot breakfast if you advertise usage of a pool then this should be available .