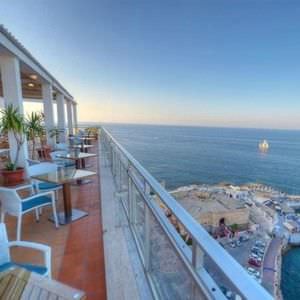 Owners of The Diplomat Club Malta timeshares often find themselves trapped in infinite contracts with rapidly increasing maintenance fees which ultimately stems from a mis-sold timeshare contract. Over recent years there have been a number of groundbreaking rulings regarding mis-sold timeshares by many timeshare groups and resorts which have resulted in refunds and compensation. Many owners of The Diplomat Club Malta timeshare contracts are entitled to, or have already made claims.

There has been a huge increase in timeshare release enquires and complaints from customers with The Diplomat Club Malta timeshares.

If you believe you had a The Diplomat Club Malta timeshare contract mis-sold to you or you wish to be released from your timeshare scheme, please contact one of our experts at Mercantile Claims or fill in the form below.

We can help you cancel your Diplomat Club Malta Agreement Legally. Contact us Now to see if you qualify!

Hotel was a 2* at most VERY dated decor would have been a smart hotel 25 years ago but in desperate need of updating.
Stayed bed and breakfast basis luckily – the food smells in the lift in the evening reminded me of an old people’s home; breakfast was ok for first few days, I avoided bacon and sausage as they looked reheated and sausages anaemic. Eggs and beans ok but lukewarm but the pastries and fruit were ok. Other half opted for bacon and sausage on last morning – ended up with food poisoning we can only attribute to that as both ate the night before as I was fine- not the best end to the holiday, vomiting in the airport and on the plane.

Reception and bar staff all surly and rude – staring at my partner as he is quite heavily tattooed and we felt the odd ones out as we are a younger couple, despite we are quiet and respectful we felt frowned upon as EVERYONE in the hotel is old!!

Rooftop pool dirty dated and freezing put my toe in that’s about it, headed to beach instead.

Ideal if you are old as you get treated like royalty but overall would not recommend anyone to stay, especially younger people or families. Needs complete overhaul including food and decor.

As others have said, this is not a 4star hotel and the decor is beyond tired-more terminally exhausted.

It felt like staying in a cross between Fawlty Towers and Crossroads.

Yes, the location on the seafront at Sliema is good, but that’s about it.

The room was dark and the bathroom cramped.

There was a lack of maintenance- stained ceiling tiles, stained carpets, discoloured woodwork, discoloured paint and a musty smell in the basement.

The bedspreads looked dirty and the bedsheets did not cover the mattress which also did not have any mattress protector-I feel like I’ve slept with everyone else who may have slept in the bed before me!

The buffet was poor-dried up sausages and tinned pineapple in the fruit salad.

The reception staff were disinterested and the night receptionist seemed unable to tell me whether or not our airport transfer had been booked, stating that ‘they have told me nothing’ and told me to return at 8am, when the day staff checked our booking on their computer system with one mouse-click!

I certainly would not recommend this hotel

Worst holiday hotel ever. 4 star what a laugh. I have been in a lot better 2/3 stars.

Food revolting and substandard. Canteen dinners are superior to the food here.

Even the fresh fruit was not edible bananas still green etc The only decent thing was the bread and staff were touching the bread etc without gloves. Ended up with holiday diarrhoea for the time ever. Stained carpets. Cracked tiles.

My cousin had booked our rooms in June 2018. This would not have been my choice but I thought what the heck we would give it a shot. This was our 4th trip to Malta. When we arrived at the hotel around 9:00 pm, we were informed that they didn’t have any rooms for us and that they had booked us at another hotel around the corner.

Needless to say, we were not happy. The next day we schlepped our bags back to the Diplomat and finally got our rooms.

The location is central to the Selima ferry to Valletta, the harbour cruises and shopping in Selima. The bus stop is close, so easy to catch the bus to Valletta. No business centre onsite for those who may need one.

Again, we did not have a good experience and we found the beds very uncomfortable. I would not recommend this hotel.

The worst hotel ever.

Not polite ladies on the receptions.

Everything is terrible in this expensive and so old and bad hotel.

Even position is not good… Never again!!!

Con:
Dirty and old
Noise from the swimming pool at night (water pumps)
Swimming pool small
Tv with only 13 channels (no HD)
The heat didn’t work
Unfriendly staff
You have to pay for extra services (free at most hotels: like safe)

I don’t know how this hotel has 4 stars…