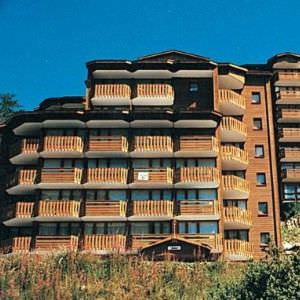 Owners of Club Le Bristol timeshares often find themselves trapped in infinite contracts with rapidly increasing maintenance fees which ultimately stems from a mis-sold timeshare contract. Over recent years there have been a number of ground-breaking rulings regarding mis-sold timeshares by many timeshare groups and resorts which have resulted in refunds and compensation. Many owners of Club Le Bristol timeshare contracts are entitled to, or have already made claims.

There has been a huge increase in timeshare release enquiries and complaints from customers with Club Le Bristol timeshares.

If you believe you had a Club Le Bristol timeshare contract mis-sold to you or you wish to be released from your timeshare contract, please contact one of our experts at Mercantile Claims or fill in the form below.

Be careful, do not drive in summer

After a few weeks holiday by the sea, we were overcome with the desire to breathe mountain air again! So we set off to visit Isola 2000. Isola 2000 we knew from various visits in winter. It is well known that winter sports resorts are not quite as nice in the summer, as the snow conjures up everything dirty, unkempt and negative. With this knowledge, we arrived in Isola 2000.

A gondola lift was open so we cheerfully got to enjoy lunch at the cabin. Before we had to clean but the cabin of the train, as the Radfaher polluted the seats with their wheels.

Arrived at the top, wrong – nothing was open. So we went for a walk and said, well, we eat downstairs. We saw from the cabin that some snacks – restaurants had opened.

The outside area of the station was depressing, everywhere the garbage was lying around, from winter the chairs were outside and waiting for repair and cleaning.

The closed snacks left us with the impression of an abandoned western town in Texas. Since we were not satisfied with the small hunger, we strolled to the open three snack – restaurants.

Trash and garbage everywhere, the place crammed with clutter from the winter, the menu citizens without fries 9.00 Euro, despite hunger, we did not order here to order something. The obvious uncleanliness of rooms and staff caused a disgust. How can a winter sport look so degenerate in the summer and be so far away from any service.

Everything, the lift station, the cabin, the gated landscape, is in a state of decay.

There were several buses there on Sunday afternoon, what impression do these visitors have to get.

Therefore, to those responsible for Isola 2000 – which is not very nice even in winter, by slammed functional buildings in the style of a Soviet-era gone past.

Be awake, and look at your paradise once with open eyes.

We had been to Isola 2000 last year and saw the difference especially regarding the organization of the Tourist Office. Certainly many activities offered, but everything was complete as of Sunday afternoon. Registered on the waiting list for an activity, we are called on Monday to tell us that it was OK and ask us to come to settle and when we do it on Tuesday morning only one person was registered instead of 4 (yet we are shows the document with the number 4) and the activity being complete we could not participate. This without a word of excuse. Person of the OT much less friendly and efficient than the previous year, which was seen from the pot of reception of Sunday morning (organization “rough draft”, all the providers were not presented …. ).

Small station where we are badly received, too bad

We spent a week in Isola for the first time. We discovered a resort where the organization, the ESF for children (a real bazaar to drop off his child, the courses are overcrowded …) to the ski area where all the slopes are not open despite exceptional snow in from the 7/02.

The two points of view which, according to the plan are not to be missed (Lombardy and Sistron) escaped us because the accesses closed every time we went there.

The beginner track is not well defined, the affiliated TK is dangerous (poles that arrive in the head) Staff barely friendly, on the defensive, see contemptuous for some who do not deign to help you when your pass is valid twice … In short, we will not come back. A small favourite on the other hand for the Chassillon Vacherie fat cheese to fall …

To do for a weekend but not more!

A resort with a ski area sufficient for a weekend. The lifts are few.

The counter clerks in charge of the sale of packages are far from friendly, after an error on their part they blocked us the packages and ruined the end of the day!

The shops are too few (no butcher, no bakery or caterer except Sherpa) The snow was still of good quality (well worked by groomers and guns) badly sand weather conditions unfavourable this month. January To do for a weekend but not more!

Beautiful mountains, good-looking trails, but all this is crossed out by the absolute lack of comfort in the village.

It’s not even a village, it’s just a ski station with typical concrete residences, lined with wood, and three or even four-star plates hung over the entrance (I’m not sure if it meets the rating criteria, since I know it firsthand), one street / the road, neither the sidewalk, nor the pedestrian zone for walks, there are no beautiful alpine chalets and shops with pretty shop windows, there is only the notorious desire to tear off money from visiting tourists almost as much as if they went to ride in “Three olyna “, since the cost of a room in an apartment hotel per night is in worn (and now is not a season) 150 euros, this is, almost, almost Monaco. In a word – disappointed.

All in all, pleasant stay on Isola but some remarks to bring: from 14:30, the terraces of restaurants located at the start of the tracks are found in the shade and it is very cold.

If you do not want to ski in the afternoon, you find yourself in a sunless resort (you have to go skiing on another slope in the afternoon to get some sun). In addition, the resort dates a little and this configuration in galleries I do not like it at all. I find that it lacks a lot of warmth and friendliness.

Do not want to go out at night and find yourself in this gallery without charm.

I also find this station very tiring because decommissioning is important to get from one point to another.

For skiing, with my beginner girl, the green runs are good but it’s really cold in the morning on the buttocks, they are difficult for beginners (she fell because she dropped the pole because of the bumps!) And a lot of shade too.

Next year we will try Valberg which is a smaller resort and probably more family-friendly and more authentic.