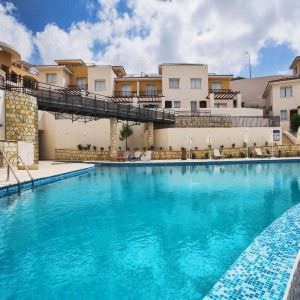 Owners of Club Coral View Resort timeshares often find themselves trapped in infinite contracts with rapidly increasing maintenance fees which ultimately stems from a mis-sold timeshare contract. Over recent years there have been a number of ground-breaking rulings regarding mis-sold timeshares by many timeshare groups and resorts which have resulted in refunds and compensation. Many owners of Club Coral View Resort timeshare contracts are entitled to, or have already made claims.

There has been a huge increase in timeshare release enquiries and complaints from customers with Club Coral View Resort timeshares.

If you believe you had a Club Coral View Resort timeshare contract mis-sold to you or you wish to be released from your timeshare contract, please contact one of our experts at Mercantile Claims or fill in the form below.

Our daughter and family were booked into this property for a holiday this coming May – so as we live here in Peyia we decided to go and check it out – we immediately noticed how run down the place was and to be honest in desperate need of refurbishment. Most of the walls are succumbing to crumbling plasterwork and rendering, lots of weeds, even at the front which was not a good sign on arriving. There was nobody in reception, we phoned and got permission to walk around. – The pool is big but not too clean and is mostly one depth 1.5m with a very very small area for kiddies… On roaming around we weren’t too impressed by the standard of the outdoor furniture available to guests much of it was damaged and needed replacing or repairs.

we then spoke to two guests with kids who had just arrived the night before and not being drivers didnt have a car so were a bit stranded – no kiosk open for drinks, snacks ice creams etc and the nearest shop for groceries is 800m away and no maps available for guests…., and from what the duty manager said when he eventually arrived its not even open in May and possibly June too… further when we inquired re the rooms booked he couldnt answer – and said “in the case of young children the resort isnt really suitable for them” & “there is nothing here for them just the pool” further that he would recommend the Panareti Hotel in Coral Bay the sister hotel and obviously more expensive too…. he also admitted that one couple we so disgusted at what was not on offer here they moved them to the Panareti Hotel on the 3rd day… the lift wasnt working NOR DID THE SUPPOSED FREE WIFI….and there are a lot of steps, there is no onsite cafe or anything and nothing close by for the odd coffee or snack – you need to go kilometre into the village for that.. so all in all we made the decision to tell the familiy to cancel this property as its truly not nice and find them something else… which we have thank god – but really this property needs to take a good hard look at their advertising as its not truthful by any means and the photos dont reflect its current state which is nothing short of abysmal and I will not have my family on there one and only holiday staying here – AVOID AT ALL COSTS

DO NOT BOOK THIS PLACE HONESTLY

What a disaster! Customer service is the worst I have ever witnessed! Can’t begin to explain how rude the manager was. There are far better places to go especially for a holiday. The car is needed. No lighting at night quite scary if walking alone.

We were met by a rude, miserable manager.

After giving him our documentation was taken to our apartment in the dark down step and over an uneven surface.

No help offered with luggage.

We got to the apartment about 2.00 am and it was filthy, He said ” that’s why you have a mop and bucket” !!! After travelling for over 8 hours that didn’t go down very well.

The beds were dirty, sheets and pillowcases screwed up and crumpled. The pillows had looked like someone had urinated on them , were yellow and stained. The fire extinguisher had been removed from the wall leaving just an empty bracket.

The patio doors were so stiff that it took 2 of us to open them.

When we complained we were told we were a bloody nuisance and he hopes we never return. You definitely need a car as a taxi into town was £10 each way and there are no local shops so you have to go to town even for a cup of coffee.

The pool bar was closed and although the details of the hotel state that breakfast is available if you want it, there are no catering facilities on site. What a waste of money this place was. With a little bit of organisation, it could have been nice and obviously a new manager.

I wouldn’t recommend this hotel to my worst enemy.

Got to Paphos midday went to the hotel, met the receptionist and he took us to our room. If you pay for a service you should get what you paid for. All was fine at first but when the Cooker refused to come on and A/C started cutting off every hour cos it was on a timer you can’t change and it was 40 degrees, had to get up to turn it back on every hour throughout the night.

I complained to the guy, he was very dismissive and very rude, and that was when he realised he couldn’t speak English, prior to complaining his English was fine. He’s reply to everything is “what you want me do” in broken English. He will actually walk away while I’m talking to him. To the internet. On the hotel brochure INTERNET was advertised as available, that was one of the important facilities we looked for before booking. The internet was there but we could never connect to it. Again complained to him and we got the same response. “What you want me do” and walked off.

I had to complain to the hotels central office when we almost died from the heat, the guy gave me the number after following him everywhere for 2 hours. The woman I spoke to was very apologetic and promised she will send an engineer to fix the A/C and the cooker within the hour which she did. And promised to have a word with the rude receptionist. Everything else was great, clean pool, the room was nice and clean, fully equipped kitchen, very quiet location.

I will go back to the hotel on one condition, THEY FIX THE INTERNET PROBLEM. It is a very easy fix and not expensive, install internet boosters in every corridor.
Paphos was fantastic, had fun, we are planning to go back in December with the kids this time but looking for another hotel.

Don’t stay here unless you...

If don’t mind any of the above then this will suit you.

HORRIBLE PLACE ...DO NOT STAY HERE

It looks nothing like the photo’s on Booking.com. It was very basic and bland. There is no paintings on the walls, (in fact some of the walls was flaking off) There was no vases or ornaments, it looked and felt so plain and cold.

When you spoke it echoed it was so empty. The lounge furniture was poor quality and looked quite old.

There was no kettle in the kitchen nor was there a plug for the sink that fitted!! There was nothing to dry your plates and dishes with. The toilet was locked downstairs, very strange.

There was only one remote control for three air con units.

The DVD player was so old it didn’t work properly ( it has Scart leads that were all split) There were no toiletries as advertised only a 15g piece of soap. I had to go out and buy some.

There were no bath mats, we had to use the hand towels, otherwise, you would slip over on the wet floor tiles. The standard of cleaning was very poor, cobwebs hanging from the ceiling and air con units. The windows were filthy and were dusty. The guy who greeted us was so very rude, he didn’t accept the booking confirmation that I received on my phone he wanted a printout. At one point I said if he would cancel the booking I would stay elsewhere. I wish now he did that. It cost €78 for one night, it was overpriced and I would certainly not stay again when I re-visited the area.

I never saw a pool at the complex but it may have one. If the standard of the pool ( if there was one) was anything like the so-called deluxe, luxuriously appointed apartment we would certainly not have used it. We only stayed for one night, and after what was a very bad day we decided to put up with it.

I never put a poor review on somewhere I have stayed but it was so bad I felt I had too.