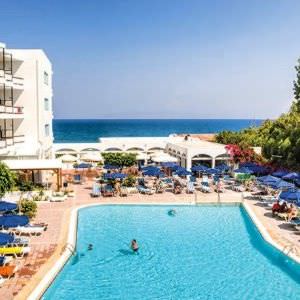 Owners of Belair Beach timeshares often find themselves trapped in infinite contracts with rapidly increasing maintenance fees which ultimately stems from a mis-sold timeshare contract. Over recent years there have been a number of groundbreaking rulings regarding mis-sold timeshares by many timeshare groups and resorts which have resulted in refunds and compensation. Many owners of Belair Beach timeshare contracts are entitled to or have already made claims.

There has been a huge increase in timeshare release enquiries and complaints from customers with Belair Beach timeshares.

If you believe you had a Belair Beach timeshare contract mis-sold to you or you wish to be released from your timeshare scheme, please contact one of our experts at Mercantile Claims or fill in the form below.

Let Us Help You With Your Belair Beach Timeshare Release & Compensation Today!

Booked this holiday for me and a friend, through a well known and trusted company.

To no fault of theirs, we had experienced delays and arrived a lot later than expected, around 12pm. There was almost no one around the hotel, met a man at the reception, did not really explain that much, gave us a sheet, took our passports and informed there was food in the room, good as we were very hungry, although it was a sandwich it was appreciated.

The room was an okay size, two singles together, a tv that would not allow you to change it into any other language then Greek, remote buttons would only work on volume and channel, had a kettle but no tea or coffee so did not see the point. The bathroom was okay.

The hotel had a tennis court, a wee games room with air hockey, ping pong and old games, a nice touch. Had a wee massage shop, that opened every now and again. The pool was enclosed around the hotel, on the first floor, was a decent pool, in the sun most of the day, although there was a lot of loungers not enough for the fact if you did not get up early, you had very little chance of getting one, despite signs saying, no staff around to implement this though. No lifeguard. Pool bar was just off to the side and had a vast amount of tables and chair, almost no reason that to stop it looking like wasted space, only ever one person on the bar, and a ‘cool’ in the wee kitchen. The bar would always be busy, it’s hot you want a drink, it would be super slow, sometimes she would smile and sometimes not. Bit rude when she questions why you ordered a few more than one drinks, as I was getting one for my friend as well. The cook would stand around doing little, not evening helping out, the food sat out all day in the air or under a heater so it was dry.

The beach does not belong to the hotel, despite it saying this, you have to pay for a sun lounger, which you had few choices as it was an extremely rocky beach, lots of water sports on it and cool.

Evenings were okay, everyone sat out the front using the bar till all inclusive finished at 11…this to me is not all inclusive to stop serving drinks and say you have to pay, which explained why no one was around when we arrived. Never had a hotel do this. Entertainment was on 3 days, it was not child-friendly at all, the games room that was it, nothing for children at all.

As for the amenities, there is breakfast, air conditioning, but the cleaners always turned it up for us, poolside bar is there (in a way) internet is free, as for parking never seen anywhere that could be it, restaurant or more like buffet was there, staff can speak English but I never heard anything more, the hotel is across road from beach and has no beach from of their own, never seen anything for laundry service and never anyone to take your bags to room. So I mean this is both okay and non existent.

Let’s move to the ‘restaurant, there was always 5 staff on, a buffet of 6 sections.

Breakfast never changed ham cheese some cereal, and friend and continental of kinds. Tea coffee and juices. Lunch varied but was the same, they tried for a selection but not everything looks or sounded good. Salads was always the same, this time they would ask you for drinks, water, beer or wine, first night we asked for a soft drink and got told no, only these in the restaurant….wait that’s a bit off, dinner they tried and would always but a list at lunch of what was up, so you could see the choice, it was okay, sometimes I found little that I would eat, not everything was nice. Along with the same drink choice again. They would clear your plates like hawks and try and take your cutlery, even if you wanted more, had to leave it off your plate and they never asked you for more drinks, always had to catch someone. The manager as it would appear would try with some people and not with others, although he was good with children. It was not until we seen, non-all inclusive people on our second last night with soft drinks that we asked again and found out we could have them, which was really annoying. There was a menu at the pool bar, but it was only for all inclusive of the restaurant was shut…otherwise you had to pay. So really snacks are just dried food and freezer burnt ice cream.

This place offers all-inclusive, but tries it’s best to chip away at little bits to save itself money, it had very little staff that you will see working 7 days a week.

I would not recommend it and with the number of hotels this island has, there is much competition for it.

My daughter and I booked a 7 night holiday here based on the reviews.

It was not, according to our expectations as good as the reviews.

The room was good but there were flies all over the food in the evening and again at breakfast and lunch hour time.

The grouting get in the pool was green and the sunbeds were dirty.

Even the wine was poured from a stainless steel teapot.!!!. When we questioned this we were told the wine is wine where does it matter where it’s poured from.

Didn’t find any friendly staff other than the restaurant manager on our first breakfast.

My daughter is a vegetarian and there was very little for her to eat. Salad with flies would not have kept her going for a week.

We asked our travel rep to move us immediately which they did when we advised them what we had encountered.

Perhaps there is another Belair Beach hotel that we didn’t know about after reading other reviews!!!

This hotel should visit a hotel in Turkey to see how to offer customer service.

I know some people love this hotel but I am sorry and just do not.

A few examples, broken old style tv with a fuzzy screen, terrible barman, rubbish 2-day entertainment, crowded disorganised pool area I can go on and on.

I do not doubt the management will respond to this with we are upgrading blah blah blah.

Ixia is nice though but just better hotels to visit.

The passageways are dull dark painted in battleship grey they smell of cigarette smoke.

The door to our room looks like you are entering into a supply room.

Inside the room, there is an old fridge and an outdated television not FLATSCREEN as advertised.

The air con is switched off 30th September WHY?

No kettle in the room.

The bar staff (one in particular) are rude.

Never used the bar after the first night.

outside the room, you over look rubbish see photo’s.

The old plastic table and chairs on the balcony are scruffy.

The food is average and sometimes (cold)the free crazy golf over the main road is covered in grass and unplayable the toilet areas are not that clean.

The pool area is scruffy – we were lucky to find two bars near by 10 mins walk to the left of this place KEEP IT SIMPLE & LUNAR BAR.

Also, we were recommended to go to VILLA DE MARE. they let you use the sun beds (very comfy) the staff where very helpful and the food exceptional this helped get over the disappointment of the hotel.

Also, we would not use the pool area or the bar.

We have been to Rhodes at least 15 times and this has to be the worst place we have been.

Awful avoid at all costs

Where do I start!

In brief shabby horrible hotel, food only cold or warm we both had terrible stomach upsets along with a lot of others, asked Martin rep to be moved on the first night and willing to pay extra he was so rude and unhelpful he said all surrounding hotels were full booked strange as other people who were equally unsatisfied were moved staff were ignorant didn’t see them smile all week

I have taken photos of everything!

Also asked to eat food in the outside table area , were told not allowed . only can eat in the stuffy fly swarmed the restaurant.

Afternoon tea was a joke; cling film sandwiches and leftovers kept warm in stands, two options so if you missed lunch forget it!