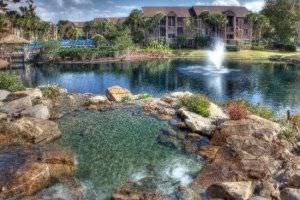 Owners of Diamond Resorts timeshares often find themselves trapped in infinite contracts with rapidly increasing maintenance fees which ultimately stems from a mis-sold timeshare contract. Over recent years there have been a number of ground-breaking rulings regarding mis-sold timeshares by many timeshare groups and resorts which have resulted in refunds and compensation. Many owners of Polynesian Isles Phase IV timeshare contracts are entitled to, or have already made claims.

There has been a huge increase in timeshare release enquiries and complaints from customers with Polynesian Isles Phase IV timeshares.

If you believe you had a Polynesian Isles Phase IV timeshare contract mis-sold to you or you wish to be released from your timeshare scheme, please contact one of our experts at Mercantile Claims or fill in the form below.

We are owners with Diamond and didn’t book through any discounted or deal site and had an immediate sinking feeling the moment we pulled off the highway and realized we were driving through a modest residential, ranch-style community. It was if we were going to visit an older relative in their retirement facility.

The check-in staff was dishonest and unhelpful. There were no activities, no on-site restaurant or even vending machines (the lone soda dispenser was broken) and only 1 outdoor grill that nobody could get to work, save a very helpful maintenance man. There was mould near the headrest area of the hot tub and the cable channels were down to about 2/3. The WiFi and cable were completely out our last day there.

As owners, they tried to give us an ant-filled unit that didn’t even have tubs large enough to soak in. After insisting the matter be escalated the next day, lo and behold there was a better room, higher up, with 2 tubs that were much better than what they tried to stick us in. It was available before checkout and didn’t need to be cleaned, so why the lie from the staff the night before? One worker even had the nerve to say the better rooms were saved for potential owners. Wow, ok, great. Good to know.

The other guests staying are not friendly, either, and will only talk to people whom they believe to be from the Midwest. Even if you are on the top floor you can hear noisy children slamming doors, screeching, running up and down the steps, and the comings and goings of the trash collector.

The staff will lie and harass you to sit for an owner update that they swear is just informational and it’s actually another 3 hour waste of time.

I was very passed off. You spend money (3600 points) to relax for a short 5 day trip and one of those days you are being berated and lied to and having your time wasted? Ridiculous. I could stay in beautiful Spain for 75% of the cost and have a much more enjoyable stay.

I would recommend this place to you if your standards are low and you just need a place to stay. Otherwise, I’m shocked that this is a Diamond facility. It is in no way a resort, just a recently acquired (about 3 years), basic apartment complex. It’s across the street from a post office and down the road for a Walmart for Pete’s sake. For shame Diamond. For shame. To say this place was disappointing would be an understatement.

It is worth noting that Connie, the manager with whom we dealt, was very nice and tried to make the most of a bad situation.

We can help you cancel your Diamond Resorts Polynesian Isles Phase IV – Kissimmee Timeshare Agreement Legally. Contact us Now to see if you qualify!

Our team here at Mercantile Claims are always on hand to help you with any issues, concerns or questions you have regarding your timeshare contract. Below you will find some reviews and comments from timeshare owners and guests. If you have a more specific question please contact our team of experts and we will respond with an answer as soon as possible.

We stayed at this place in 2012 and could not have been happier with it even though there were few amenities and the furniture was dated. We were so excited to come back here again. Boy were we let down.

The big renovation we were told happened included some new appliances and a fresh coat of paint but that’s about all. Same old furniture and rugs and pictures. Not impressed but not a big deal to us. Then within 10 minutes of checking in, we noticed our baby had dirty feet. I blamed being out all day at a water park but we all were and nobody else has dirty feet. So we did an experiment and had our other daughter take off her shoes. After 10 more minutes, this is how they both looked.

When we voiced our concerns to the front desk, we were told we had to wait until Monday (2 days) in order to discuss it with the property manager because he was at a conference and could not be reached.

When we asked for another room, we were repeatedly offered a third floor room with no elevators even though we told them several times we were traveling with my elderly, disabled mother. We were also told they could not guarantee the room would be any cleaner.

When we begged them to either clean the floors or approve of me getting the equipment to do it ourselves, we were told they cannot do that as they are not housekeeping staffed at night nor could they approve that without the manager.

When my wife went to the front desk to show them the pictures of my 2 daughters’ feet, they lady working there told her that she is a minimum wage employee and does not care about our problems.

I made several calls to Diamond corporate where they said that they have nothing they can do to make a resort help, other then ask them to, just as i was.

We left the next morning for a new hotel. Nobody has reached out to try to make it up to us or even apologize in ANY way. Diamond resorts has lost a repeat customer.

Avoid At All Costs You Will Regret It. Endless Telemarketing For Timeshares.

Stayed here for a couple nights with my family.

Nothing really stood out about the stay that was all that good or bad but that’s not the problem.

Here it is almost a year later and Diamond Resorts which owns this place is telemarketing my cell phone constantly.

They got my cellphone number form my stay there. I told them No, I am not interested in a timeshare, They call again I tell them again, and to stop calling my cellphone.

They hung up on me. They keep calling. What a terrible Company.

You will regret staying here, believe me, I do.

Lacking attention to detail and... a bar!

Having stayed at several Diamond Resorts worldwide, I understand the setup. Self-catering and spacious (tick, tick)

We chose this accommodation based on price and proximity to Disney. We were not disappointed on either count.

While the resort was generally very good, I was flabbergasted by a few things which would be SO simple to fix….

The main light switch in the master bedroom did not do ANYTHING. So, it’s either broken, or there is another way of switching on the lights. I really felt so stupid that I couldn’t figure this out until I realised that this was their error. Just fix the light switch or remove it, right???

The shower head in the en-suite bathroom was spitting out water at all angles. Someone had obviously had a go at fixing it with some PTFE tape – this was obvious. So, guys, you obviously know it’s a problem – why not just replace the shower head?

We were weary travellers having flown from Europe to Miami then done a 4 hour drive through a heavy rainstorm so were in no mood to go shopping when we arrived.

Apparently, you can’t drink the water (I’m so glad I asked, as there was no notice about this) so, once again, why not just provide a couple of complimentary bottles of water??? C’mon guys it costs like 50 cents!

There was no bar on site. This was disappointing but ended up being a good thing because we found “Cheers” just up the road – a fantastic watering hole!

Finally – I told the receptionist on checkout about the niggles mentioned above. I sensed a fair amount of apathy as she said she would mention it to someone. I wonder if it got mentioned…..

So, all in all, such a shame that a few easily fixed and relatively minor issues are what summed up the stay in what would otherwise would have been a fairly good resort.

At the first site, the property is beautiful. We had 2 bedrooms even though we only needed 1. The suite had 2 balconies, one of which connected directly to he parking lot for easy access to the car….great right? I WAS pleased.

Then i decided to take a shower and noticed what I’m sure to be as mould on the floor tiles. I’m no expert but I know filth! We survived but the real test was getting sleep

I was in and out of sleep all night and I could not figure out why. It wasn’t until I noticed the massive bumps and bites across my back the next day that I got from the bed bugs!

Needless to say, we won’t be back to that resort or any Diamond Club Resort.